What if ... Mauritius was governmentless?

What if Mauritius was free from a governing body ? How long would it take for us to thrive or crash ? It certainly does not need to happen for us to be uncertain about the outcome.

It would be a dream for many among us, Mauritian people, to be free from any jurisdiction. We could finally achieve most of our dreams that we could not otherwise due to limitations by the law, maybe smoke weed in public, drive at speeds that flirt with death or just make someone we do not appreciate at all disappear so suddenly from existence. We could do whatever we want as soon as we wake up, well if we do want to wake up, and the rest of our day would only be a string of choices that are uninfluenced by anything else except our own sheer will. It sounds like an incredible offer no one would want to miss out on, but the bad side of things arises when instead of only one individual, the whole 1.2 million population of Mauritius wake up and decide to do just and only what their minds and bodies feel like doing.

Jobs would be pointless. After all, most of us work to pay the bills and to put food on the table. As a whole, different people doing different jobs obviously makes the economy function. Many of us Mauritians are highly motivated, and are doing what we got to do to climb up the 'ladder' of social status.With no government, there would be a discrepancy in the value of money and its usefulness and hence, no ladder. Hungry, we could just go in a store and self serve until stock runs out or when we are satiated, whichever comes first. 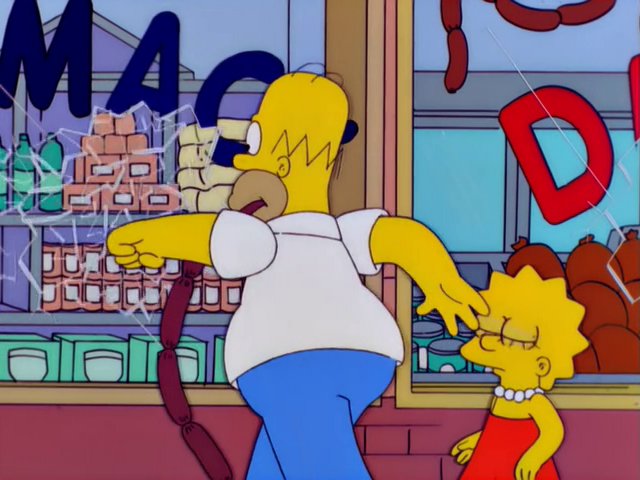 We could also not pay our bills until the providers decide to suspend their services or get us prosecuted, only that there will be no governmental bodies to carry out the prosecutions. Imagine, no internet, no water and electricity, amongst others - Not a so pleasant image, is it ?

Paying taxes, which is regarded as theft on revenue by many who may not publicly admit it, could also alleviate us Mauritians from the pain of giving a hefty portion of money we make or spend 'away' to the government. Our wages would significantly increase for any work left, while our contribution to our society would vanish. On the downside, absence of tax payers would also mean absence of welfare benefits and pensions to the elderly and disabled. Think about the bitter feeling our elders would experience when they discover that they have worked their entire lives up until retirement and all of a sudden not having the compensation they deserve for their contribution to their country and therefore likely not to have any source of revenue for their own wants and mostly needs for the rest of their lives. Should a lack of empathy make you unable to think clear enough, the realization that for every little health issue you encounter, you would have to bear with any pain until it soothes for fear of lacking funds to pay your medical bills. Compared to the US, we should consider ourselves lucky so far for not needing to be close to or part of the top 1% to be able to afford those bills.

Without the government, everybody would be their own ruler and society will become a game of asserting dominance over everyone else. Think of it as a game of survival, and assuming that the country had 2 main governmental parties and that both of them had pretty much the same amount of political followers, there was only a 'battle' between those 2 main parties before, throughout and after every election. Now, instead of 2 teams of political followers, we could have an extreme of 1.2 million teams of political followers if every individual was to have their own political aspirations. It would eventually be a game where everyone would prey on the weaker instead of being part of an allegiance. In no time, in such a conflictual society if you could still call it as such, crime rates would spike due to an inevitable increase in disagreements between a buffed 1.2 million different individuals. This would be facilitated by the fact that there would be no authority present to preserve norms and morals. Drug trafficking would be on the rise but the prices would drop due to supply and demand relationship, and such availability of a what would be a bunch of formerly illegal substances would only act as a catalyst to the disintegration of its consumers. Similarly, people with immoral sexual fantasies and desires would no longer feel hindered in the execution of their activities due to lack of law and moral enforcement. They could walk around clothed how they want to be clothed, and age of their preys would further and no longer be a problem to their disgusting wants.. Well disgusting to some of us since their brains has already found a way to justify those wants; for that they are ready to overcome anything to satisfy them.

Words travel fast and they travel far. Which makes it obvious, soon after the country goes free from any body of the law, other countries will hear about this in no time and once again we will make international headlines after the oil spillage from the Wakashio. Our import and export business will cease instantly since there would be no negotiating party nor collateral in the deal. The Mauritian currency will lose value drastically until it would be no more worthier than a grain of sand and become just a piece of ancient times to be collected. It could even fill up the shortage of toilet paper that took place during the recent pandemic that saw Karens turn into pro fighters. Our debts towards international powers would remain unpaid and it would not be unlikely that we would be exiled for eternity or simply get nuked. Months and with luck, years may past and our reserves will need to be replenished since Mauritius relies heavily on imports such as oil, food and technology. Perhaps we could even rely on the heavy oil spilled in our lagoon to make more crude oil byproducts since it is likely to remain there for about a decade. This proves that everything that happens has a positive side no matter how dark the situation is, even as dark as our beautiful lagoons. In fact, this could be seen a blessing in disguise in the next few years that may come.

On slightly more positive notes, no more government means no more sagas such as ' I order you out ' nor a president that cannot spsssspeak properly.

There would also be no more Rs 220 million frauds nor nepotism cases. Mauritius will, without needing too much luck, become a source of inspiration for gaming companies to make a battle royale genre as it will be known as an island that 'rose' from a somewhat modern society into a tribal and barbarous one. Bodies will pile up in stacks, chaos will be the new normal. Despite all that, I am sure that we will get our way back up as we, as a whole, we are one of the most resilient nations across the human-infected globe we call the bin earth.

Youth, use your voice !

Every life is worth the same, so should every voice.